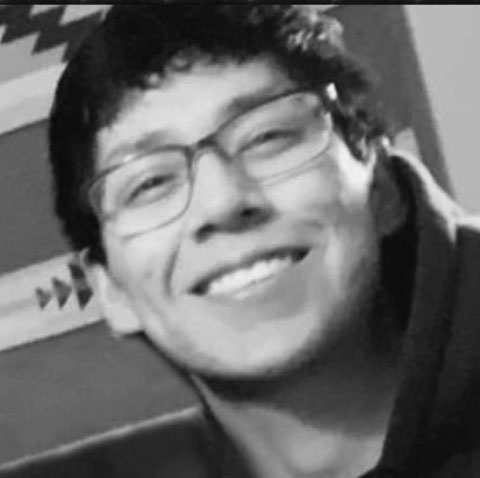 Jasper Makes Him First, 25, New Town, left us unexpectedly, the morning of June 24, 2020. Our precious brother, uncle, nephew, and grandson will be missed more than any words can say.

Jasper Ira Michael Makes Him First was born on June 21, 1995, at Bismarck, to Jonelle Halsey and Ira Makes Him First. He was raised in the New Town area and attended school in New Town. His mother passed away when he was 11, and soon after in 2007, he moved to New Mexico, where he lived with his Aunt Holly and Uncle Don. He attended middle and high school in Rio Rancho, NM.

He loved to climb and hike the surrounding mountains with cousins and his dog, Baxter. He learned about other cultures and ceremonies including Hopi/Tewa and Cheyenne/Arapahoe. They traveled to numerous southwest feasts and pow-wows and enjoyed raft racing down the Rio Grande.

He returned to North Dakota in 2013 to be with his sisters. He worked and resided in the Bismarck area. This is where he learned to be independent and earned his GED to become the man he was.  He worked his way up to manager at Taco John’s.

Recently, he moved New Town and lived with his sister Bianca and her husband Jason and family at Thunder Butte.  They travelled the pow-wow circuit where Jasper reconnected with his roots.  He was a great uncle and loved spending time with his nieces and nephews.

Jasper was a big dreamer.  He was ambitious and wanted to help others. He was incredibly talented, artistic, such a likeable person. He enjoyed making music, both writing and creating. He had many interests and was highly intelligent about many things.

Jasper has traveled on to be with our relatives: his mother, Joni; grandparents, Wesley and Delphine Halsey; maternal great-grandparents, Fred and Mary (Deane) Wheeler, Michael and Bessie (Tall Bear) Halsey; uncles, Michael, William, Deane, and Scott Halsey, who Jasper called his best friend.

Jasper’s family will celebrated his life with a private prayer service at Langhans Funeral Home, Parshall on Monday, June 29, 2020.