GET TO KNOW THE LOCAL ARTIST

New Town, ND – On Friday I met with local artist, Chloe Fredericks, daughter of Casey and Kami Fredericks of Twin Buttes, here at the MHA Times building after she completed a live interview with our radio personality, ‘Catharsis’ on KMHA 91.3 FM to cover a spotlight feature article. I found her to be 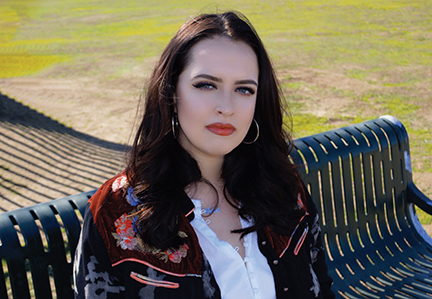 much more than a talented song artist, she is also a plucky role model for young, aspiring people of the Fort Berthold Indian Reservation. Additionally, she’s a talented and inspiring spray paint and watercolor artist who I found to be very wise for her 22 years. I have included photos of her work and an interview in order to ”Get to know” the artist.

Fredericks studied and majored in Art History at Boise State University and continues her creative aspirations by writing music, painting images of Elders of the MHA Nation, and has a profound ability to reflect inwardly while sharing her positive reflections and messages with others through social media namely, her YouTube video at: https://YouTube.be/ZgkltgmN610 titled, “Everyone is NOT going to like YOU.”

My interview with her is as follows:

SS: What has inspired you to sing?

CF: When I was younger I started singing and was inspired by music because my dad would listen to old country music; Patsy Cline, Johnny Cash, Linda Ronstadt … that’s what I listened to all the way up until seventh grade –  I didn’t listen to a single pop song and then that just totally rocked my world, when I was introduced to Pop, HipHop, R&B, Rap… my poor dad!

SS: What would you categorize the music  you sing?

CF: I would say it’s Pop/Contemporary.

SS: What stage would you say you are at in regards to your singing career?

CF: I would say I’m a baby in my career right now, for sure. I just recently released my first ever, EP so I’m hoping in the next coming years, that I can just really learn from what that experience was like and release some more successful songs. I want to do more of like, a Pop theme, some fun Pop in the coming years.

SS: Where would a person go to access your EP?

SS: So what do listeners and readers search for if they’re trying to locate your music?

SS:  How many songs are on the EP and what’s your favorite song?

CF: I have 5 singles and ‘Don’t come back’ is definitely my favorite. It’s the best song on the EP. But the funnest to play is ‘Sober.’ It’s definitely the most fun.

SS: Do you sing only with your guitar?

CF: No, I’ve also kind of graduated to playing with a full band and background singers.

SS: Where do you sing live?

CF: This last spring I sang at ‘Hotel Cafe’ and I have sung at ‘The Mint’ in L.A. and  then I’m hoping that when things start opening up, even though I’m performing in L.A., I will be coming back home to do a show somewhere here – I would love to perform in Bismarck or here at 4 Bears.

SS: If you do perform in any of those places will you please get a hold of us in plenty of time, so that we can announce to the readers.

CF: Absolutely! This is the newspaper of my home so I will definitely be in contact.

SS: What can I do to help the readers who want to follow you and your music?

SS: What do you have to say to young people who are struggling with issues such as drugs etc? What do you recommend for the hopeful youth of MHA Nation.

CF: I would say, “Know your worth.” Know that In any situation even if you feel alone, you are not. There are resources for you to reach out and to please reach out to them. If anybody knows me, I would hope that they would reach out to me or just somebody that they love that they could talk to because your life is precious and it’s worth something and you can do great things if you feel like nobody believes in you, I believe in you and there are people out there that believevin yoy.

SS: Have you ever encountered a time in your life where youve has to embrace that thought?

CF: Definitely. I had struggled a lot in my early 20s as I was very image-conscious. I just struggled in my identity. I reached out to people and I started trying to be more confident in who I was and I found out that it’s OK to love yourself and it’s OK to be who you are. Exactly who you are. Without offending others. Dr. Suess has a good quote, “Be who you are and say what you feel, because those who mind don’t matter and those who matter don’t mind.” I made the lyric video as a direct product of that transformation:

https://YouTube.be/ZgkltgmN610 titled, “Everyone is NOT going to like YOU.”

SS: Going to be influential what would you want to be known as?

CF: I would like to be known for influencing people to stand up for who they are. To stand strong in your own identity. To know who you are. Don’t be ashamed of who you are and  “Stand Proud.” “Always.” 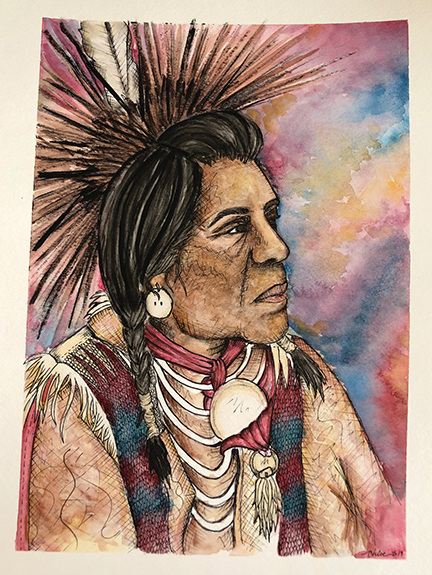 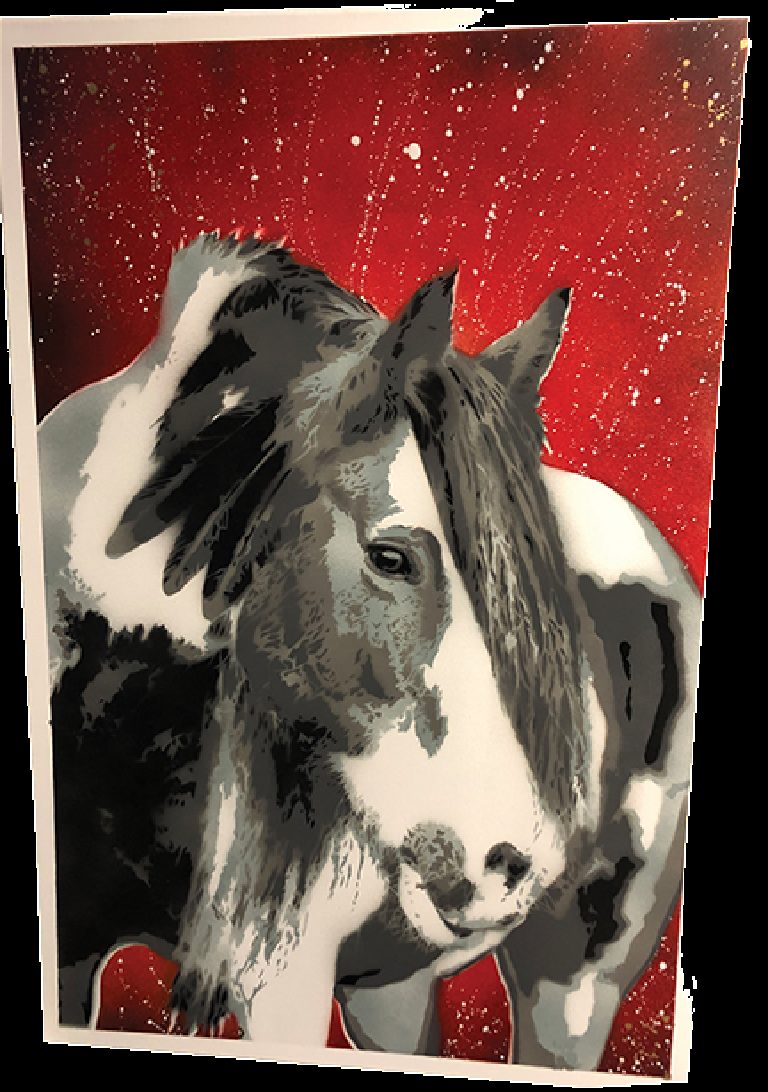 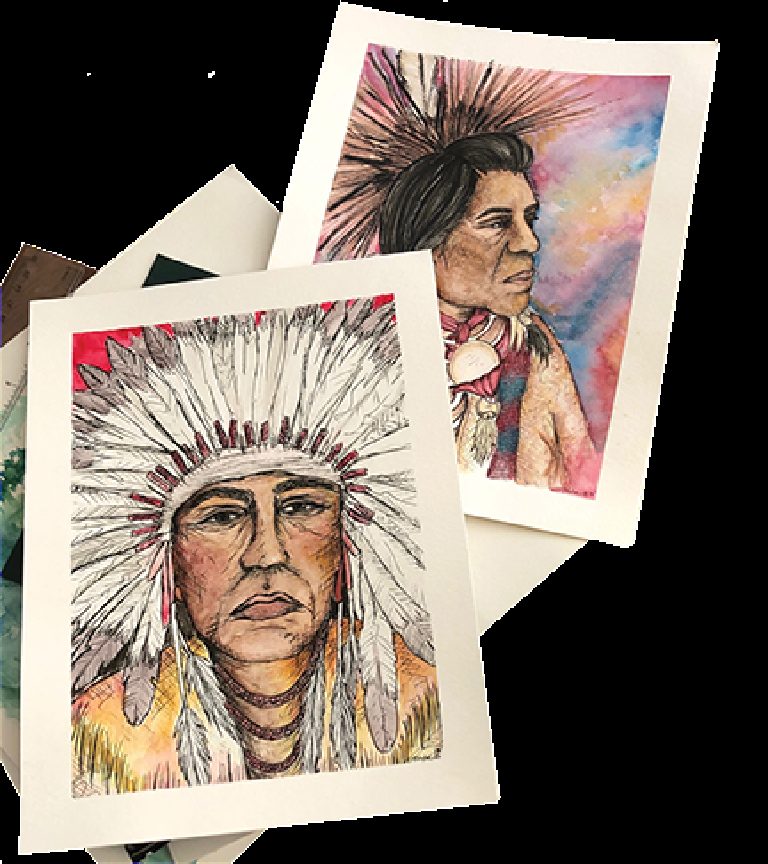